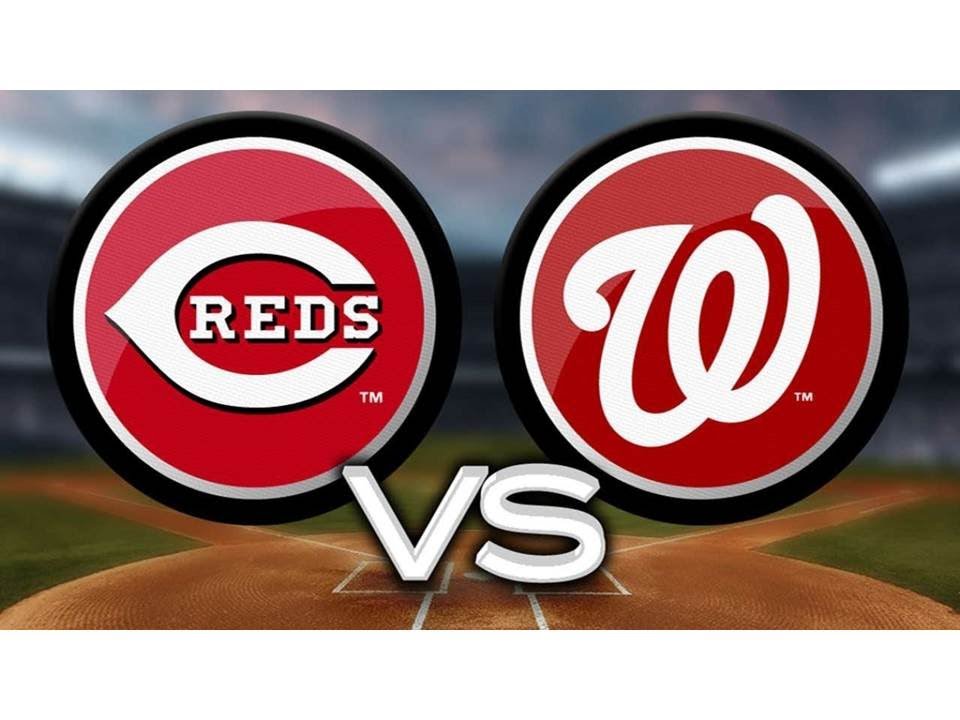 The seasons has arrived… with great expectations! Stevie, Mat (the Met), Joe, and new-comer Fady (Freddy) are all on the horn today sharing their thoughts as the season begins and setting both reasonable and unreasonable expectations for the Nationals. Tune-in, share, and get excited baseball fans… the wild ride to the post-season begins now! (Photo Credit: YouTube)

The Washington Nationals will win the NL East. It likely will not be close. The only semblance of competition may come once again from the New York Mets. It seems comical to say “once again” when the Mets barely competed last year. So, what is different this year? Well for starters (pun intended), they are going into the season healthy. They also made a change at the top, bringing in first time Manager, Mickey Callaway who coached the Cleveland Indians pitching staff to great success over the past couple of years. The Mets are hoping that Callaway can bring this experience to coach their potentially formidable and finally healthy starting rotation.

The Mets are only three seasons removed from a World Series appearance, where they got a glimpse of how good they can be for many years to come. This staff beat a much more stocked Dodgers team and mowed down the Cubs lineup, sweeping them in the NLCS, before losing to the Royals. The Mets followed up that season by making the playoffs again in 2016, the first time in their history they made the playoffs in back to back seasons.

This offseason, in addition to getting healthy, the Mets were smart and thrifty. They signed OF Jay Bruce, 1B Adrian Gonzalez, LHP Jason Vargaz, 3B Todd Frazier and reliever Anthony Swarzak to team friendly contracts. You may not like the sound of a thrifty big market team ( I hate it) but you can’t deny that in this market the Mets came out looking good.

For the Mets this season, it will come down to their starters and their health. Just for fun, and maybe some tears, here is a reminder of all the Mets who went down with an injury last year; Noah Syndergaard, Matt Harvey, Steven Matz, Zach Wheeler (who didn’t even pitch at all last season), David Wright, (check the numbers, he was on pace for a Hall of Fame career) Yoenis Cespedes, Michael Conforto, Jeurys Familia and others. Not to mention, they unloaded Jay Bruce (who has since resigned), Addison Reed and Neil Walker. All teams have injuries but the Mets were decimated and this year, everyone, sans Wright, is healthy. The Mets need 60 starts from the top two in the rotation (Syndergaard and Degrom) and they need Harvey and Matz to return closer to their top form. The Mets also have rotation depth for once with Jason Vargas, Seth Lugo, Robert Gsellman and Wheeler likely to pitch in that fifth rotation spot. This depth will keep their arms healthy. This is a top 5 in baseball rotation if healthy, if not, the Mets will be terrible.

Another, team strength to go unnoticed is the Mets bullpen. Familia, the team’s single season saves leader (51) returns to do the bulk of the closing. Callaway has already confirmed that he will use the game scenarios and matchups to determine how he is going to use the backend of his bullpen, as he did in Cleveland. With so many strong backend arms, this can prove to benefit the Mets as this may help keep Familia out of those multiple out or multiple run saves he often blew. Gsellmen, or Lugo, or Wheeler or Vargaz will play pivotal roles as the long man out of the pen or spot reliever giving the rotation a breather and longevity.

Can you guess which teams in the National League hit the most home runs? Not the Cubs or the Nats. Answer, the Mets and Brewers. However, other than hit home runs the Mets did very little else right offensively. Again, injuries and trades killed this lineup, but don’t be mistaken, this team will hit again. This lineup is more balanced this year and the bench is solid. They have upgraded at just about every position. This lineup likely has four 30+ home run hitters (Bruce, Cespedes, Frazier, Conforto). What the Mets lose in speed, they make up for in power. There won’t be much small ball with this team, but you can expect they will produce a lot of runs this year.

The Mets will not win the National League East. However, the Mets will compete. This team can win 90 games or 70 games if it all falls apart again. My prediction, it won’t. The Mets will take one of the wild card spots. In the playoffs, this is not a team you want to face. With 2 aces a lineup that can hit and a long bullpen that is six men strong, other NL playoff teams will want to avoid the Mets. Then again, these are the Mets, and you never know how they will disappoint you again this year. (Careful Nats fans, you should refrain from laughter as your team has shown some great creativity in losing playoff series.) Does anything the Nationals do between now and October really matter? Joe doesn’t think so, and neither does FP. Stevie and Anthony (a.k.a. Reali) think otherwise. The boys discuss all things Nats as the preseason begins to end and the regular season is just around the corner. Can the Nats get Bryce to stay long term? Will the GM get an extension before the All-Star break? Is this the best opening day roster the Nationals have ever had? These topics and so much more on a focused DTC podcast dedicated to the Nationals! (photo credit: Federal Baseball)

FP and Joe breakdown the event that has overtaken March Madness known simply as NFL Free Agency. It is amazing but with so many players joining new teams it takes time to get used to who went where and what jersey they will be wearning next fall. Tune in and get the DTC takes on all things NFL Free Agency today! Do the Redskins have a few more moves in them before the draft starts?

It’s hard to be a Capitals fan.

To love Washington’s entry in the National Hockey League is to love a team of immense gifts — Alex Ovechkin is perhaps the greatest scorer in NHL history — and immense heartbreak.

Since Ovechkin was the NHL’s Rookie of the Year in 2005-06, the Capitals have won their division seven times and have been to the playoffs nine times. In that span they’ve never so much as reached a conference final. Three of those times, they’ve led the league in points and lost a Game 7 in the first or second round of the playoffs.

Moreover, after first making the playoffs in 1983, the Caps have missed the playoffs only seven times. In 27 postseason tournaments, Washington has reached exactly one Stanley Cup Final — getting swept by Detroit in 1998.

So, here they are again, in first place entering March. What reasons are there to think the Capitals will avoid a fourth straight second-round ouster?

Not many, it appears.

The Caps more or less stood pat at the trade deadline, giving up third- and fifth-round draft picks for a couple of players best described as “defensive depth.”

It hasn’t helped that first-string goalie Braden Holtby is trending in the wrong direction. He’s carrying a save percentage of .908 — well off his career mark of .920 — and he’s even dipped since the halfway point of the season, when he was at .917.

At least his backup, Philipp Grubauer, has been on a hot streak of late. After posting a first-half save percentage of .909, he’s up to .922 (better than his career number) and won his last four February starts while allowing one goal against 29 shots in two relief appearances for Holtby.

Ovechkin and the Offense

True, at age 32, Ovechkin is showing no signs of slowing down. He’s leading the league in goals — if he finishes the season in that spot, he’ll tie Bobby Hull’s record of topping the league in that category seven times.

25-year-old center Evgeny Kuznetsov has blossomed after starting the season playing beside Ovechkin on the top line.

T.J. Oshie, after scoring 33 goals in a contract year last season, had just 12 entering March. And Nicklas Backstrom, feeding Ovechkin since 2007, has seen his assists dip as his ice time with the Russian superstar has become less consistent.

February was a strange month. First place in the Metropolitan Division was briefly ceded to Pittsburgh as the Penguins won six straight. But Pittsburgh lost its last two of the month and the Caps won two of their last three to enter March atop the heap, with Philadelphia sneaking ahead of the Penguins.

Despite their spot in the standings, expectations for the Capitals are low. A TSN midseason poll — which last year had 15 coaches picking them to reach the Finals — saw the Caps earn not so much as a single mention.

Maybe sneaking up on the competition is their best bet.

Author bio: AJ Lee is Marketing Coordinator for Pro Stock Hockey (prostockhockey.com), an online hockey shop offering authentic pro stock hockey equipment. He was born and raised in the southwest suburbs of Chicago, and has been a huge Blackhawks fan his entire life. AJ picked up his first hockey stick at age 3, and hasn’t put it down yet.