Joe and Joe break down and preview the Redskins at Titans along with every other game on the NFL schedule this week! Are you in the fantasy superbowl in your league… you NEED to listen to this episode of the DTC podcast.. if you are a gambler, you do too! Both Joe’s believe the Redskins can get a win if the game is low scoring and ugly which it like will be. AP needs less than 70 yards for a thousand on the season and yes, Joe is firmly in support of extending Jay Gruden one more year based on his performance this year although Razzle doesn’t agree. Could Colt really be ready for a win-and-in game against the Eagles next week? Crazy but true! Tune in, comment, share, and Hail to the Redskins! #Redskins #Titans #NFL #Playoffs

The #Redskins, powered by Josh Johnson, played stout defense and just well enough on offense to defeat the #Jaguars and improve to 7-7 keeping themselves firmly in the playoff hunt. The #Cowboys and #Giants both managed 0 (ZERO) points while losing and will face each other one more time to end the season in a few weeks… but for now, the Redskins are alive and will face the #Titans on Saturday in a must-win. Coach Jay Gruden deserves an award for how well he has coached 2nd and 3rd string players all season long and with his fourth quarterback under center he is fighting for every inch and imploring his players to do the same. Mason Foster had a great game, Allen and Kerrigan too, and Haha Clinton-Dix played his best game as a Redskin too. The offense didn’t look great but AP still has something in the tank and Crowder clearly does too! What a win! Hail to the #Redskins #HailVictory! The Washington Wizards have traded away Kelly Oubre and Austin Rivers and welcomed back Trevor Ariza. On the surface this screams “Fire Ernie” but surprisingly LP and Joe are not on the same page with Joe being “pro” the trade for several reasons. The duo break it all down and preview the Redskins Jaguars game as well! Tune in, comment, share, repeat… and DC… it will get better one day, some day, when Ernie and Bruce are gone! 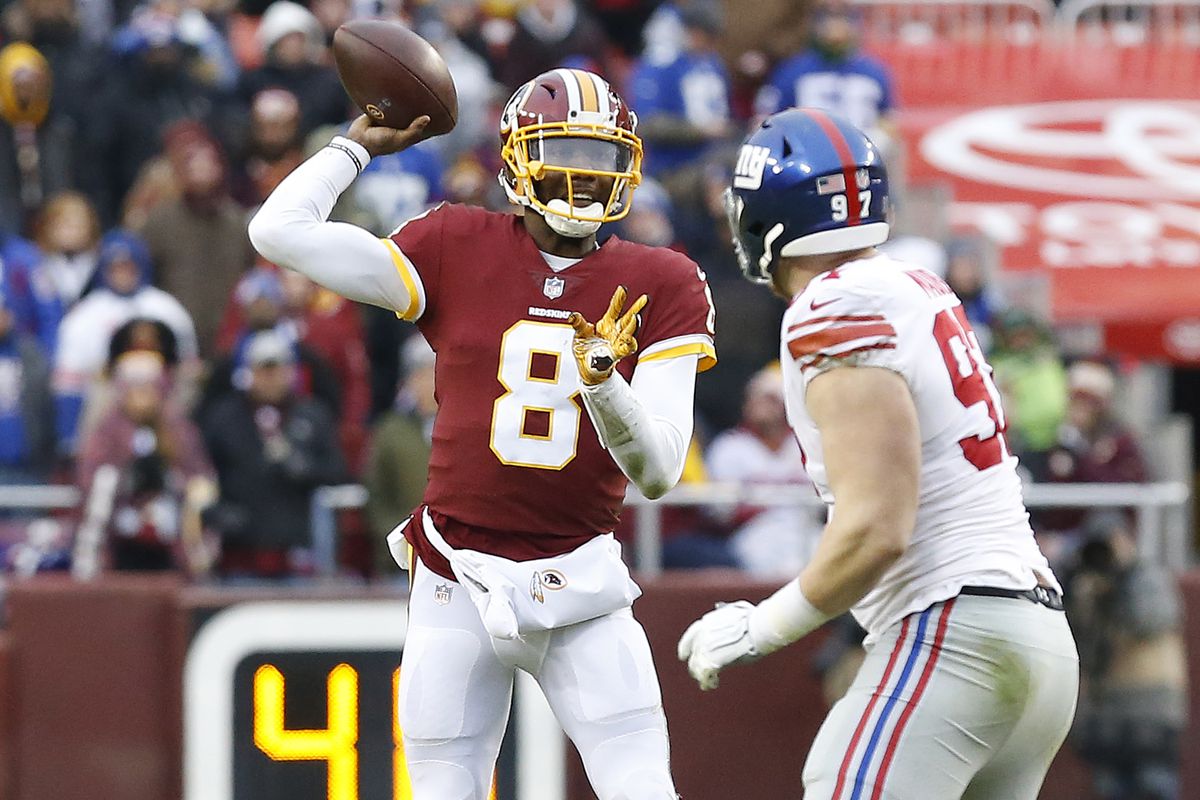 The Redskins are an embarrassment that words cannot fully illustrate. Once upon a time we had a real quarterback… he wore the number 8. Bruce Allen refused to sign him to a long term deal, traded away all of his receivers, his “weapons”, then watched him still throw for nearly 4000 yards before refusing to sign him again, and ultimately watched him leave DC just as the prime of his career was on the horizon. Alex Smith (Godspeed on your recovery) is likely never going to play football again, Colt is a backup at best and a year and half away from returning from his injury, Mark Sanchez does not belong in the NFL and Josh Johnson will start at quarterback next week for the 6-7 Redskins who left the few true fans they had left with their heads in their hands asking themselves how much longer must we endure Bruce “Goose” Allen? Playoffs? Forget about it… we need the ‘Skins to lose 50-0 every week moving forward to force Dan to fire Bruce. As fans we deserve better than this! The Giants are not a more talented team, but they showed today that in sports, talent never beats hard work. Today, every Redskins fan should be disappointed, and if we really want to see change, we have to send a message… don’t sell your tickets, trash them, force this team to play in front of no fans… when we attend they complain… so let’s give them what they want… silence. Shame.