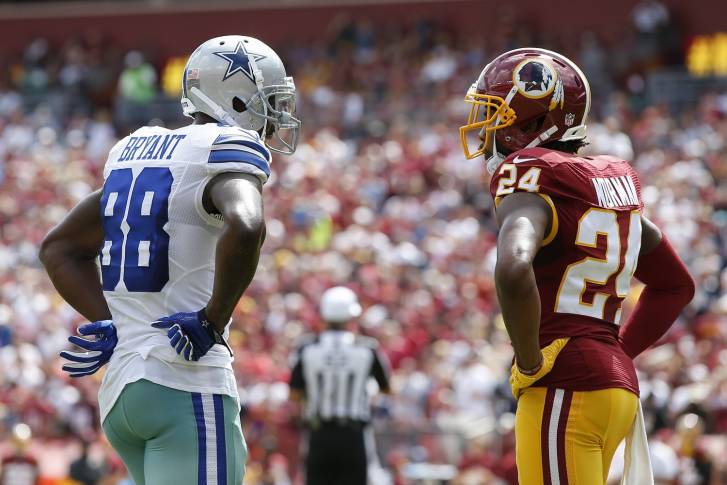 LP, FP, and Joe are joined by Tyler from the Enough the the B.S. Podcast to preview the Redskins at Cowboys matchup on Thursday Night Football. The term must-win gets tossed around a lot but for both teams the season is on the line and the Redskins need another division win to keep things interesting and on track towards a post-season birth. With injuries mounting, suspensions in play, and a (fake) short week of rest this division rivalry game is likely to be ugly, but can the DTC boys convince Tyler to pick against his Cowboys? Tune in, like, and share!…oh yea, the the boys discuss the color rush uniform issue as well! #HTTR #Hail Victory (photo credit: WaPo)

LP and Joe were LIVE on Facebook talking Wizards after a crushing loss to the Sixers. The Wizards haven’t looked like themselves in several games now and surely much of that is because the leader, the best point guard in the east, the undisputed hero of DC; John Wall remains sidelined. But that isn’t the only reason the team is struggling. The defense has been poor and with the exception of a few games the bench is slowly coming around but has still been a liability on most nights. The Wizards have the Pistons at home before a tough west coast trip… LP and Joe share their thoughts and predictions and musings on the team and all things NBA. Tune in, like, and share! (photo credit: Getty)

It was far from pretty, but sometimes pretty doesn’t matter. Washington got two touchdown passes from quarterback Kirk Cousins and the Redskins defense held the hapless New York Giants to just 170 yards of total offense in a 20-10 Thanksgiving Day victory. 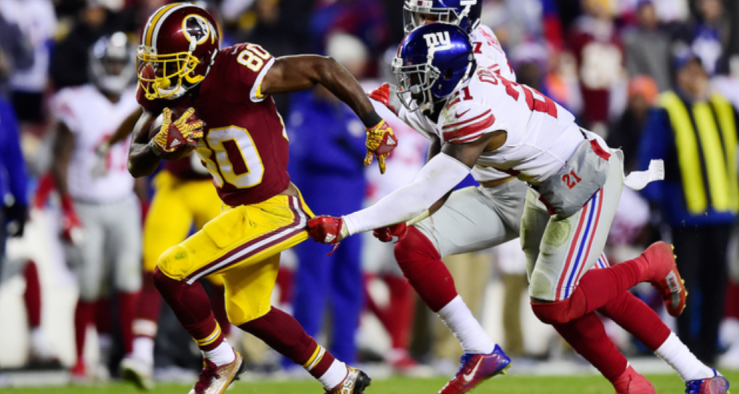 “We found a way to win and the defense kept us in the game all night long,” said Cousins, who connected on 19-of-31 passes for 242 yards. “This game just tests you every week and you have those moments throughout the game that emotionally you just get punched in the gut.”

The Redskins were tested all game long as Cousins and the Redskins’ offense produced all of one field goal in the first half. In fact, the Giants and Redskins combined for nine punts and just six points in the opening half of play. The winners’ first-half scoring drive consisted of 38 yards. The big play on the drive was a 37-yard pass interference penalty. That gives you an idea of how lethargic the offenses were in the first half.

“There were several sloppy plays that I would chalk up to the fact that they were sloppy because it was a short week,” said Cousins. The Redskins had faced New Orleans in a tough 34-31 loss just four days prior to Thursday’s win. “I’m glad we found a way to win.”

Find a way they did. Cousins would locate Jamison Crowder on a 15-yard scoring strike in the third quarter to give Washington a 10-3 lead. The eventual game-winner came on a 14-yard toss to last year’s first-round pick WR Josh Doctson with 3:31 left in the game. A Nick Rose 33-yard field goal with 1:49 to play provided insurance.

The Giants’ lone touchdown also came on a Cousins’ pass, one that Janoris Jenkins intercepted and returned 53 yards for a score late in the third quarter. The 53 yards on Jenkins’ return were more than the Giants’ entire offensive output of the second half. Head coach Ben McAdoo’s offense gained 47 yards and exactly one first down in the final two quarters of play.

Rookie running back Samaje Perine gained 100 yards on 24 carries and Crowder had game-highs in receptions (7) and receiving yards (141). The 84 rushing yards allowed and the four sacks of Giants’ QB Eli Manning are steps in the right direction for a Redskins defense that is far from where it needs to be. Defensive coordinator Greg Manusky needs his unit to be equally sharp this coming Thursday when the Redskins travel to AT&T Stadium to take on the Dallas Cowboys.

Like Washington, Dallas played on Thanksgiving Day though the Cowboys’ result was far less pleasing. Dallas lost for the third consecutive week and the Ezekiel Elliott-less offense produced a mere six points. In the three games since Elliott began serving his six-game suspension, the Cowboys have put up a whopping 22 points. The defense hasn’t fared much better giving up 92 points in the three losses.

At 5-6, the Redskins cannot afford a loss on Thursday if they wish to continue entertaining the idea of the postseason. Head coach Jay Gruden believes his quarterback can lead his team to the playoffs. “It’s kind of like baseball – October, right? Mr. October?” said Gruden. “Consistency is very important but the bigger the game, the bigger the show you want your quarterback to have.”

In 2015 after starting 3-5, Cousins was able to lead the Redskins to a 9-7 finish and a berth in the NFC playoffs. Washington will not face the same Cowboys team that beat them 33-19 in October. Dallas has been ineffective since the loss of Elliott. To finish the season, the Redskins have four very winnable

games with the Chargers, Cardinals, Broncos, and the Giants for a second time.

The Redskins are headed to New Orleans with the pressure of a near must-win on their shoulders… but LP, FP, and Joe are still picking them to win this week! The injuries to the team continue to increase but there is still hope and as FP demonstrates what didn’t work last week, may work this week… so there is always a chance.  Tyler and Dayton from the Who Dat Dish Podcast join the DTC boys (18:14-42:05) for twenty solid minutes to preview the game and even though both picked the Saints to win both predict a close one-score game which means it’s a toss-up. Listen, like, and share… Hail to the Redskins! Hail Victory!

The Washington Redskins failed to capitalize after an impressive victory against the Seahawks last week. The team can’t seem to string together a game where the offense, defense, and special teams put together a good, full game. FP, Joe and LP talk who is to blame, there has been some talk about blaming Kirk, which the DTC crew all disagree, there has been talks about blaming the coaches which the crew is split on. Pryor jawed with a fan pregame, where LP thought that would lift his on-field play but unfortunately went 0/0. Maurice Harris had possibly the catch of the year, at least for the Redskins. The defense failed to stop the Vikings from getting in the end zone multiple times. While the offense went 2/4 in the red zone and 2/4 on fourth down conversions. The boys discuss the loss to the Vikings. At 32:29 the crew shifts to discuss the Wizards latest win streak and the capitals quietly stringing together a few good games. (Photo Credit: Televisa.com)