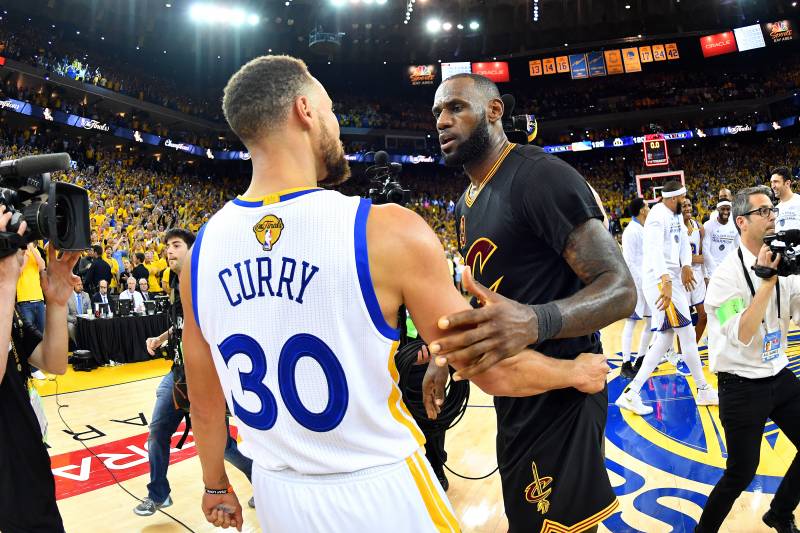 The (most boring) NBA Finals have arrived… (but we are spicing things up with some NBA on NBC theme music!)… #Warriors vs #LeBron for the 4th straight year… how does anyone get excited about that? Well, maybe we aren’t excited, but we still love basketball, and still will watch, so let’s set the table for the series which begins on Thursday night… afterall LeBron was right, “not 1, not 2, not 3…” he has been to 8 straight finals, which is incredible to consider as many of us were still in school or hadn’t met our spouses… eight years ago #ESPN was still relevant, and #Drake hadn’t released an album yet… must less a “dis-track”. Justin Blaze (@jusblaze_513) from the Above the Rim Podcast joins Joe to preview the matchup and make some predictions for the series and also for the #Wizards and the offseason staring Ernie G in the face. If you love the #NBA give this episode a listen, and share it too!

Juan Soto capped his first home run trout with a classic Bryce Harper hair flip – needless to say Soto does not have any hair endorsement deals. Nonetheless that moment may have signified the passing of the torch from one superstar to another potential superstar. Was Soto subtly announcing himself as the new Bryce Harper? The similarities don’t end with just hair flips. The rise of Soto may seal Bryce’s fate as a National.

Let’s first compare these two players. Harper and Soto both reached the minor leagues as teenagers – at the same ripe age of 19. While there, they also performed outstandingly and achieved similar numbers. Soto’s numbers in the minor leagues were .362/.434/.609 compared to Harper’s .397/.521/.917. In addition, although we’re working with a small sample size, Soto’s current slash line for the major leagues is just as impressive as Harper’s, with numbers like .286/.400/.571. Perhaps most significantly, however, they are also both outfielders.

With players like Soto, the reality is that the Nationals may not need Harper in the outfielder position any longer. In fact, Soto might not even be the Nationals best outfielder prospect – Victor Robles, for instance, is regarded as a top 5 prospect in all of baseball. The Nationals outfield has the potential to be made up of an impressive young group of players as early as soon as the start of next season, with players like Eaton, Taylor, Soto, Goodwin, and Robles all there. Since Soto and Robles are going to be cheap young talent for years to come, it’s hard to imagine the Nationals spending record money to keep a player in a position where the team is already pretty deep.

It’s also important to remember that Bryce is not the only big free agent that the Nationals will need to make a decision on during this offseason. Gio Gonzalez is also a free agent, and the Nationals will need to spend a large amount of money to resign or replace him with a comparable third line starter – all of which will take funds away from potentially resigning Bryce. In addition, the free agent Daniel Murphy may also need to be resigned or replaced if it’s decided that Wilmer Difo cannot adequately replace him.

Overall, the fast rise of Soto, the potential of Robles, and the need to replace other free agents are all factors that make it ever more likely that Bryce will leave the Nationals after this season. While his departure would mark the end of one chapter in the Nationals book, it would also symbolize the start of a new and exciting chapter led by Soto and Robles.

The #Capitals had two different chances to win game one by holding on to a one goal lead… twice… but couldn’t do it and the #GoldenKnights took the win. The studs on both sides played “ok” but nobody expected a 10-goal shootout. #Vegas is fast but #DC may be more encouraged than discouraged in the end. Joe is joined by Ashley from @VGKladies to discuss game one in detail and share her perspective from inside of Tmobile Arena in downtown #LasVegas. Hockey fans everywhere should be excited about this Final… just as NBA fans should be disappointed that #Cavs vs #Warriors is our NBA Final for the fourth straight time.

Happy Memorial Day and remember to remember those that have paid the ultimate price for our great nation this holiday weekend. The #Capitals are in #Vegas to face the #GoldenKnights and Joe is joined by Aaron Crouch, host of the Vegas Squares Podcast (@vegassquares) to breakdown the SCF matchup and discuss what may be a storybook ending for one of these two teams that both kinda feel destined to win the Cup of Lord Stanley Preston. This is it DC, we are just one “sleep” away from game one! Listen and learn everything you need to know before history is written on Monday night! 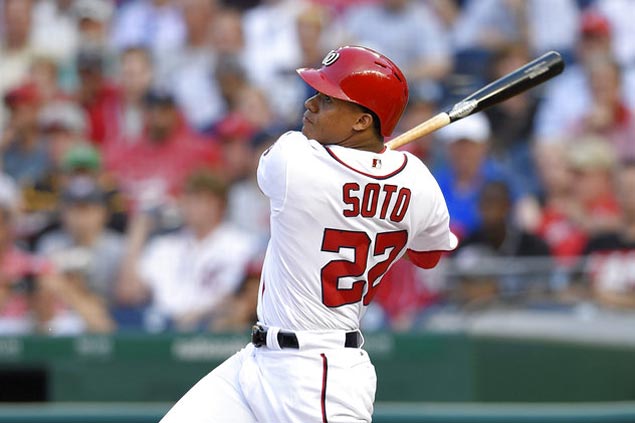 Welcome to the DTC week in review. Mat, Stevie, and Joe discuss Juan Soto and his debut with the Nationals as a lone brightspot for the team this week with a “must-have” weekend series against the Marlins coming up. At the 12 minute mark the #Nationals talk shifts to #Capitals talk with a recap of the viewing party at Cap1Arena for game 7, and a discussion of why this IS the team that can bring home a title. Tom Wilson, Great8, Holtby discussed in detail, plus, has any one GM ever been responsible for two teams facing each other in the championship round of any sport? George McPhee built both the Capitals and #Vegas #GoldenKnights and deserves credit. The final topic starting at minute 29 (after a discussion of old guys and boobs) is about the #NFL and why their new national anthem policy will only make things worse for the business. Listen, like, and share!