As Adam Eaton rounded first base against the Mets on April 28, everyone who watched realized that he’d suffered a major injury that night. Sure enough, it was announced the next day that he’d torn his ACL and would be out for the season. With the Nationals in first place at the time, the Nats and their fans were devastated but knew that they had just as a potent an option in Trea Turner to ease the pain of losing Eaton. 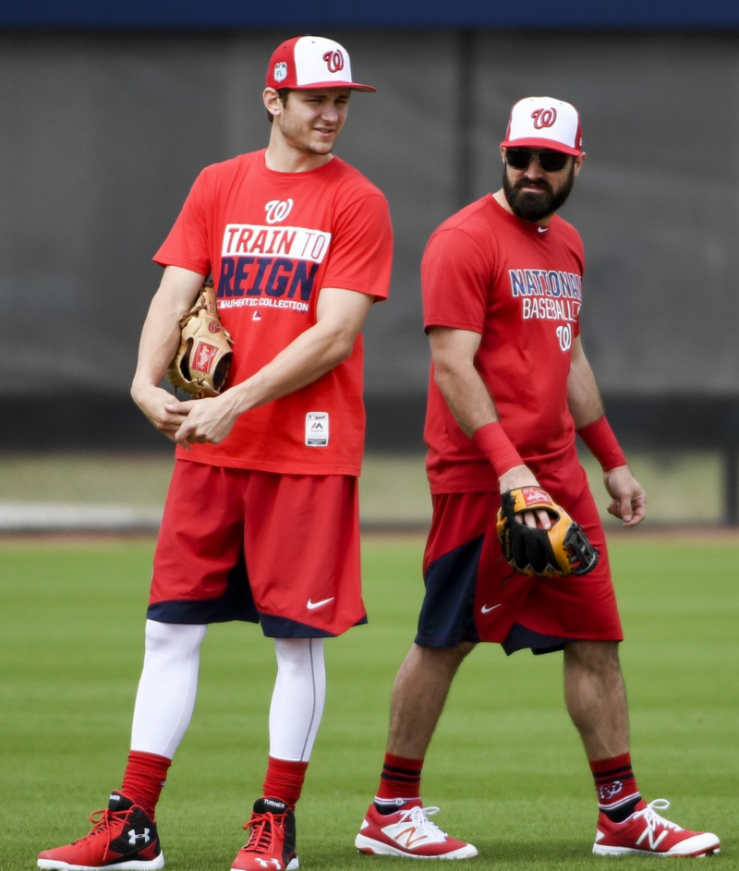 Exactly 2 months later, the Nationals lost the second of their dynamic duo atop the lineup as Turner will be out approximately 8-10 weeks with a broken wrist suffered when he was hit there with a 96 mph fastball. To add insult to injury, the Nationals blew a late lead (AGAIN!) and lost the game to the Cubs in excruciating fashion. Even still in first place with a sizable lead, Nats fans felt nervous with the potential impact of losing Turner from their sizzling lineup combined with the continued bullpen struggles. That’s where Michael A. Taylor has come in and helped the Nats and their fans breathe a little easier. 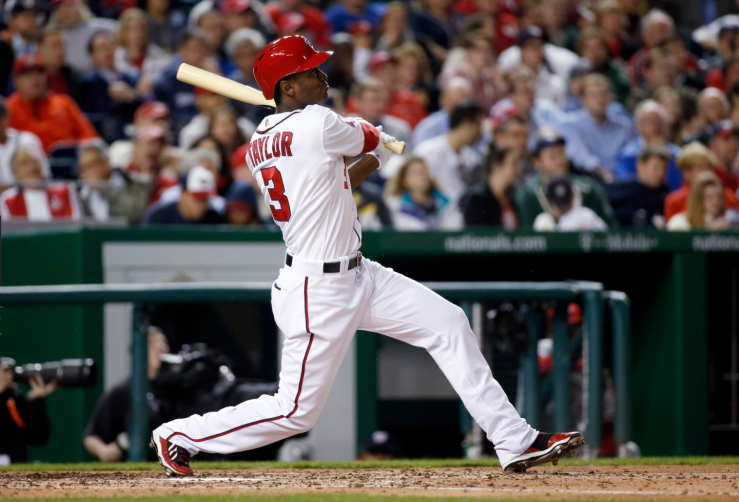 Coming into the year, Taylor looked like the odd man out in the outfield with Jayson Werth and Bryce Harper flanking Adam Eaton in center. Chris Heisey was also back to provide power off the bench. Here at the beginning of July, Taylor and Harper are the only ones still standing more than halfway in. Given his continued struggles in extended opportunities in both 2015 and 2016, Taylor’s failures to make contact consistently had diminished his stature as the center fielder of the future (The reason the Nationals gave up a huge load of prospects to the White Sox for Eaton over the winter). His next extra-base hit will tie his career high established in 2015 and he’s already produced 1.3 Wins Above Replacement (WAR) after being a net negative over his last three years combined. All across the board, his numbers have dramatically taken a turn for the better as he’s gained more confidence with each passing day.

While Dusty Baker has continued to shuffle his lineup in the absences of Eaton, Turner, and Werth, he’s begun to put more trust in Michael A. Taylor and has moved him up to either first or second in the lineup in each game since Turner went down with his injury. Taylor has responded by getting a hit each game and doing a good job of getting on base in front of the big boppers in Harper, Zim, and Murphy. The perfect example of the strides he’s taken this year came in the 8th inning against the Mets in game 1 of this week’s series. Facing former Nat Jerry Blevins, Taylor worked the count in his favor 2-0 and just missed a pitch, fouling it off. On the 2-1 pitch, Taylor connected and sent a soaring fly ball to right (the opposite way for the right-handed batter) that landed in the second row and gave the Nationals the late lead.

In the past, Taylor has tried many times to pull that pitch and rolled over to short for an inning-ending double play. This time around, he did what he’s done all year which is take that pitch to right. With his unquestionable power, he only needs to make consistent contact for that ball to go far, which it did. The formerly failed prospect has suddenly started to realize his potential and is a big reason why the Nationals have maintained their lead in the standings.

It will be up to Taylor to keep this up for the rest of the year and prove to himself and his ball club that he’s finally arrived.