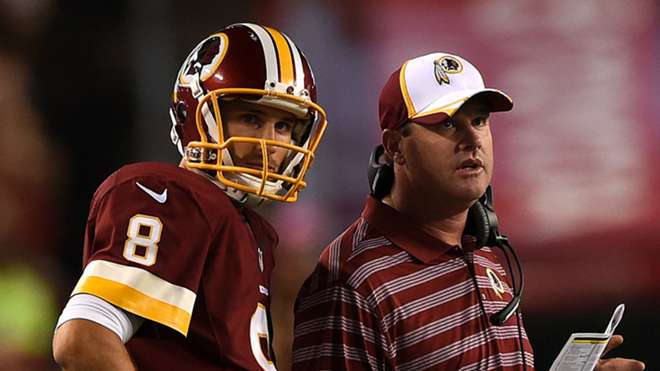 It’s Christmas Eve and all we Redskins fans want is a Kirk Cousins long-term deal. However, it’s very unlikely. So much so that almost everyone, media and fans, in DC feels that the LTD ship has sailed. Let’s take a step back, remove our hardcore Redskins fan hats and take an analytical look at the situation.

First, let’s take a look at all the tag options:

Exclusive Franchise Tag – This tag option is the same tag options the Redskins used on Kirk cousins the past 2 years, and is essentially a 1 year lease agreement again. Which would cost the Redskins 34 million for 1 year.

Non-Exclusive Franchise Tag – This tag option is usually a lower cap hit but it allows the player to go out and negotiate with other teams. If an agreement is reached with another team, the gaining team has to provide compensation of a minimum of 2 first round picks to the losing team. This would be an option for the Redskins however there is a rule in the CBA that says a player franchised 3 times is unable to negotiate with any team other than the team who has franchised them. So this ultimately throws this option out the window.

Kirk has maintained that he wants market value for this contract. There is only 1 way to know what the market is, that is to hit the market. The only option of the tags that allows Kirk to hit the market is the transition tag. The problem with this? A team can front load a contract with say 50+ million in 2018 where the Redskins will have no chance of matching. Let’s take a look at NFL teams who have more projected cap space than the Redskins:

One thing to note is there are certainly teams who would be interested in Kirk who have less cap space than the Redskins. I’ve left these teams off because if they do hand Kirk an offer sheet it’s less likely that it’s some massive front loaded contract. In that case it would be ideal because then the Redskins have a reasonable market price contract they can choose to match.

Of this list, let’s throw out the following teams just because they have a QB and probably wouldn’t be interested in paying an arm and a leg for Cousins: Colts, Bucs, Vikings, Titans, Texans, and the Lions.

That leaves the 49ers, Browns and the Jets that could out bid the Redskins in a Transition Tag bidding war. If you noticed I left the 49ers in the running just because of the unknown, however I think this is very unlikely and would be absolutely stupid to trade for Jimmy G., start him for 5 games. then decide to let him go. That really leaves the Browns and the Jets as the teams who have more cap space and who need a quarterback in 2018. I’ll take my chances that Kirk would rather stay in DC.

There should be no other option than a transition tag. A one year lease at any price to me is considered a failure. I think we all have Redskins contract fatigue and the goal for this offseason should be long-term deal or no deal at all and move on. The transition tag allows Kirk to test the market, allows the Redskins to decide if they want to match market price, and ultimately should end this one way or another.

Update: After the Jameis Winston tirade during today’s game, the Bucs may be in on a new QB. A team to watch as it will largely depend on who comes in at coach.