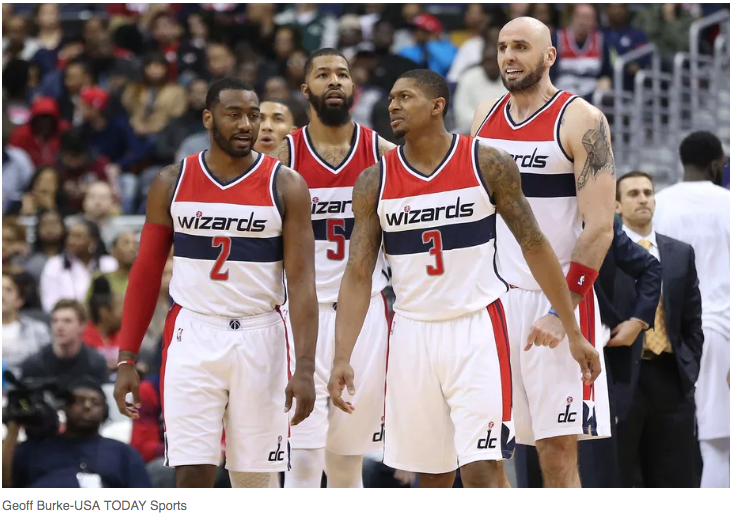 The 2017-2018 season has come to an end. At the beginning of the season we all predicted the Wizards would be a 2-4 seed at worst. Here we are, the Wizards are the 8 seed. This by no means should be seen as anything except a colossal failure. Sure, John Wall was out for over 2 months but the bench has been significantly improved over last year and Bradley Beal started and played all 82 games. This team was too good to be an 8 seed.

The Wizards will start the playoffs across the border in Toronto where they actually split the season series 2-2. The 2 wins came without John. Is that a reason for optimism? Sure, it can be, however the way the Wizards have ended the season gives us absolutely no reason for optimism. The Wizards had an opportunity to move up to the 7 seed but completely blew another game to a subpar team in the Orlando Magic. The Wizards didn’t come to play, and coach Brooks didn’t coach to win the game. Clearly evident by the showing of G-Leaguer Devin Robinson in the 3rd quarter.

The typical D.C. question is who is to blame? Who should get fired? Who should we rebuild with? And finally, when is Ernie Grunfeld going to get fired? Those are legitimate questions but the season is far from over and we will have plenty of time to talk about that come summer.

Let’s take a step back and look at the situation from an outside perspective. The Wizards clearly have one of the best point guards in the league and he looks fully healthy. The Wizards have one of the best 2 guards in the East, maybe in the league, and he’s been nothing but consistent. It’s really about the other players. Gortat is clearly a better player when John is at PG, all beef aside Gortat. Otto struggles finding his own shot but when playing the wings can hit the big 3 ball and Keef has the ability to turn it on. As the Wizards playoffs go, as John Wall can facilitate the game where the others can hit their shots. Oh, and of course play defense.

With that said I can’t bet against John Wall, maybe it’s the homer in me. Wizards in 6. #DCFamily