The Nats have played over twenty games and we have a sufficient sample size to evaluate the new rookie skipper. The Nats find themselves in an unfamiliar spot as they sit in 4th place in the division with only a better record than the Marlins. Everyone expected the division to be better, but no one expected the Mets to get off to a historic 12-2 start, or even the Phillies and Braves to be this competitive. When a team like the Nationals – that is built to reach the World Series – starts off this bad, it’s easy to point the finger at the new skip but the story is much more complicated than that. 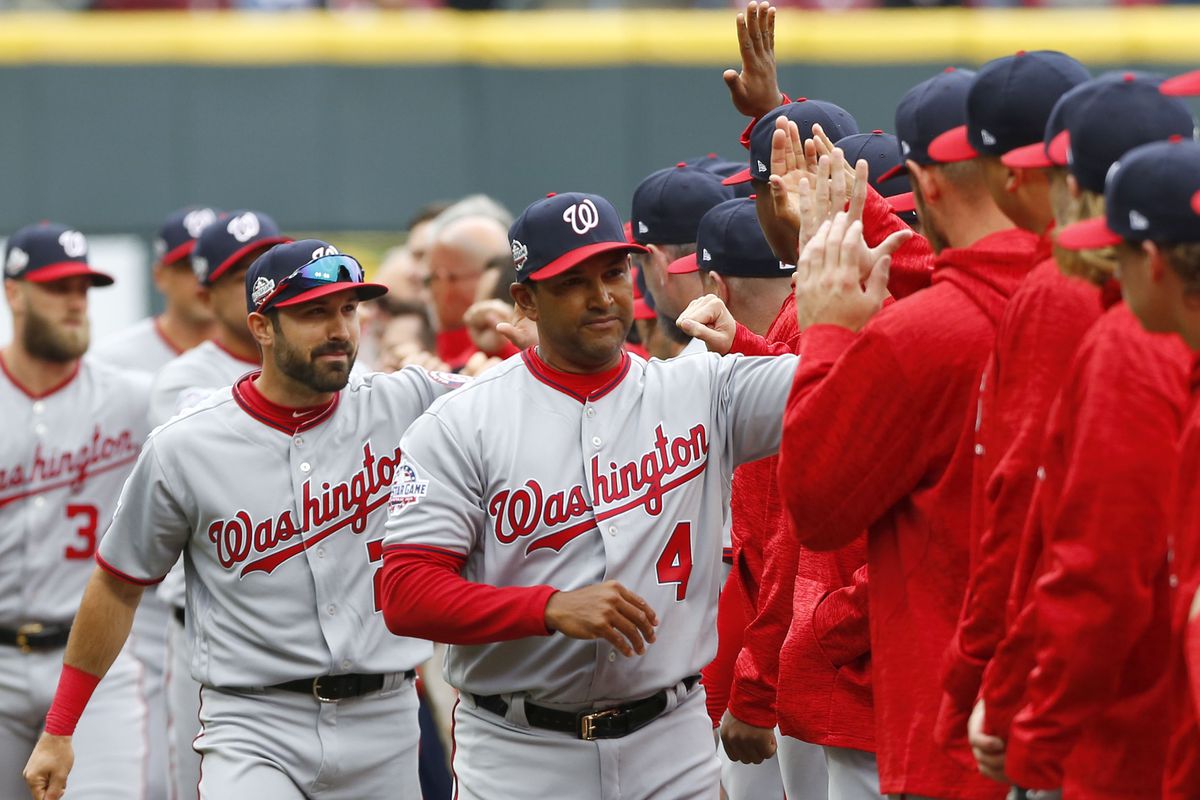 Despite the rocky start, Davey Martinez deserves credit for seemingly changing the culture of this team overnight. Davey came in with the Joe Maddon school-of-thought and doing things differently, as evidenced by not only spring training but also the first few weeks of the season. We’ve seen the pitcher batting eighth on multiple occasions despite varied results. We’ve also seen Davey take two starters of the out of the lineup on the second day of the season to replace them with two hitters on the bench better suited for the pitching matchup, which resulted in two homers. Davey deserves credit for getting his bench guys involved early in the season so that they’re ready to step in when inevitable injuries hit. He is not afraid of doing things differently despite taking over an established winner.

Injuries to 3 of your top five hitters is difficult for any manager to handle. Davey has adjusted to the early injuries by leveraging the Nats speed and playing a more small-ball style. When you’re struggling to string together hits, every base becomes even more important. The Nats are currently the most aggressive team in baseball with the most attempted steals per game, and they have only one team ahead of them in terms of successful steals per game. Trea Turner also leads the national league in steals. Davey has successfully reformulated this team in response to the loss of several of his best hitters.

When it comes to the lineup we’ve seen tinkering here and there, but one constant has been Zimmerman in the cleanup spot despite his sluggish start. Zimmerman is currently hitting .174/.250/.400 with a WAR of 0. With numbers like that, the Nationals rank towards the bottom of the national league in terms of production from their cleanup spot. Despite this Davey has consistently supported his guy and Zimmerman rewarded him with two home runs and a triple against the Mets. Davey knows Zimmerman is critical to this team’s success, and has shown to stick with his guy even if the production is not there yet.

Overall, Davey Martinez has done some good things with this team early but the team’s record continues to hold him back. He can’t be blamed for a slew of injuries but the rookie manager is done a solid of job of steadying the ship.