It’s been an eventful two weeks for the Washington Capitals. If you’re like us here at DTC, you are just now getting over the sting of that upsetting loss. The Capitals appear to have moved on faster than us fans. Thankfully. Onwards and Forwards to next year. Critics claim the window is closing. They say our chance to hoist up the Stanley Cup is quickly fading. Try telling that to GM Brian MacLellan. 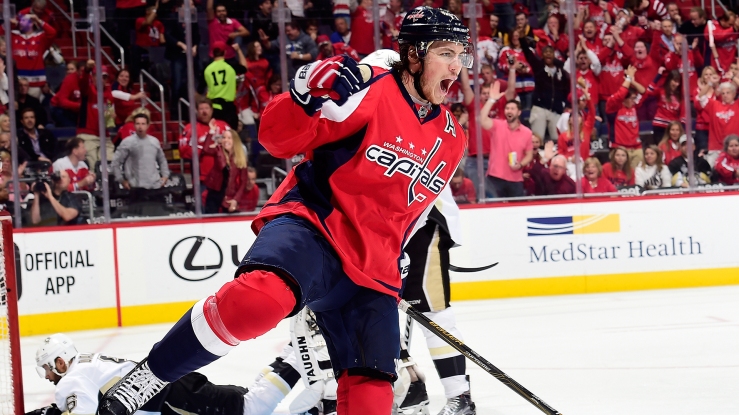 First things first we have to discuss the resigning of T.J Oshie. The last two seasons were reason alone to offer up an 8yr/46mil contract. Thankfully the Capitals front office signed and secured him before he hit Free Agency. I’m sure another DC team wished they had done something similar….cough-Redskins-cough…Anyways, locking up Oshie right after losing Nate Schmidt was just what this fan base needed to see. Its evident that the front office is focused on keeping this team as competitors and fighting while we still can.

Speaking of Nate Schmidt, losing a defenseman is never easy. Especially when you think back to this year’s playoffs and how much help was needed. Currently we have 4 defensemen. Niskanen, Carlson, Orpik and Chorney. Orlov is also expected to resign, making the grand total 5. That leaves the Caps one defenseman short of three full pairs. A quality 7th is also a big need. If you don’t really know what any of that means, all you need to know is this — We need more defenseman on our damn team!

Enter the NHL draft. Once again, the Capitals front office is addressing needs and making fans everywhere take a deep breath. Within the span of 60 minutes, the Caps drafted 3 young defensemen. Tobias Geisser (4th round), Sebastian Walfridsson (5th round) and Benton Maass (6th round). The biggest pickup naturally being Geisser. Big frame, great 2-way defenseman, impressive mobility and owns a hard shot. Great for power plays. The only knock would be that he plays soft for how big his frame is. Hey, maybe he and Matt Jones can get together and discuss other similarities.

Without forgetting the final pick of the draft, the Caps drafted another winger. Kristian Roykas-Mathinsen from Norway. Good young player that shows plenty of offensive prowess. Overall the Caps have done enough to keep this fan satisfied. Now all that’s left is to figure out where Ovechkin disappears to during the playoffs.