I am Conor f-ing McGregor! I just made more money than thousands of people [combined] will see in their lifetimes. I am young, strong, healthy, and tremendously confident. I had my first professional boxing fight with one of the greatest boxers of all-time and almost put him down on a couple of occasions. Now, the million-dollar question, or rather 100 million dollar question, what do I do next? 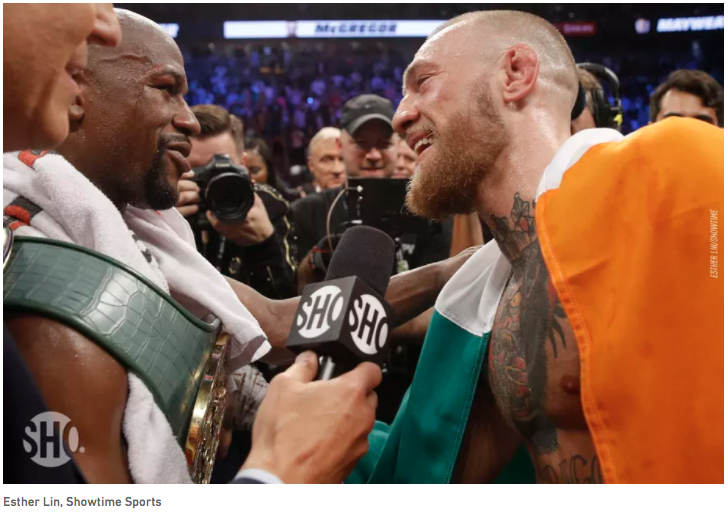 The answer: whatever you want. The UFC, the boxing world, and now even the WWE, all want a piece of Conor, and who would blame them? With the amount of money McGregor generates, he is going to have plenty of suitors. All this means, that Conor, can go where he wants and do what he wants. It doesn’t matter what he does, he will produce revenue, A LOT of it. Unfortunately, for those suitors, his price tag just increased tremendously too. While his fight with Mayweather produced a significant amount of press for the UFC and the sport of MMA, the ramifications, are not going to hit (no pun intended) them in pocketbook. McGregor is now worth considerably more, deserves more, and is no doubt, going to ask for more.

When you think about it, McGregor looked very good against an experienced all-time great. He won 4 out of the 10 rounds, connected with one hell of an upper cut in the first round (which was a sign that this was going to be a real fight), and almost knocked Mayweather out in the beginning of the of the 8th round. Conor for the most part held his own well until he faded in the later rounds. Some boxing purist would tell you that the fight was not a true boxing bout. True to a degree, but who cares? For the casual boxing fan, you couldn’t have asked for a better fight.

I am Floyd MONEY Mayweather! I am about to join the billion dollar club with the likes of Michael Jordan and Tiger Woods. I have a perfect boxing record that’s now better than Rocky Marciano’s record. I don’t have anything left to prove. I have my promotion company that’s going to ensure I stay rich. What do I do next?

The answer: retire. And stay retired! put the gloves up for good. What we witnessed on Saturday night was an old vet, who is finished. He looked old, he was slower, and he made a first time professional boxer look like he belonged in the ring with TBE (The Best Ever). At times, Floyd looked like he didn’t really want to be there or even cared about this fight. He let McGregor hit him with illegal hammer-fists and even grab him from the back. Where was the finesse? Where was the passion?

From the beginning, this fight was about one thing, MONEY. It did not disappoint as the great spectacle that most thought it would be. That’s the thing though, it was just that, a spectacle. A lot of money was made for these fighters and the gap between boxing and MMA got a lot closer, that’s true. MMA likely has more eyes on it today than it did back in June, before the fight was announced, and so does boxing for that matter. What does it all mean in the end? It means two very smart businessmen just cashed in on millions of dollars made of off trash talking and hype. Now both men can do whatever they please… so did anyone really lose? If $100 million in the bank is losing… I hope I lose too, at everything… while laughing all the way to the bank!